Nayansingh Sisodia cannot remember the last time work under the Mahatma Gandhi National Rural Employment Guarantee Act (MGNREGA) happened in his village. He has been associated with Samaj Pragati Sahayog (SPS) in the capacity of a mitaan (Community Resource Person) and works with the Health and Nutrition Programme. Devjhiri is a small village situated in the Bagli tehsil of Dewas district in Madhya Pradesh. It is close to Dharaji, a submergence area of the Omkareshwar Dam. There are about 150 families in the village predominated by the Bhilala tribe.

Typically characterised by the landless poor, a lot of families from the village migrate to nearby towns and cities for work. They work as daily wagers in the factories. At the end of March 2020, with the nation going into a complete lockdown, public transports had stopped plying. There was also no work in the cities. Devjhiri witnessed a lot of reverse migration in the initial days of the lockdown.

The Devjhiri Gram Panchayat decided to undertake MGNREGA work on their own- without any intervention by a civil society organisation like ours. It has been about two months that work under MGNREGA has begun in Devjhiri providing meaningful employment to many.

Nayansingh remarks, “Work for 8000 contour trenches had been sanctioned and performed by people from the village under the supervision of the panchayat. We now have another technical sanction for another 8000 trenches”. Work here had begun with 38 workers and now about 250-270 workers are coming every day. A visit to the worksite made us notice that there is an almost equal number of men and women working.

Akin to problems in other worksites, Devjhiri was also facing similar problems relating to the payment of wages. Nayansingh has worked very hard to regularise payments and the overall system of MGNREGA work in place. He says, “A lot of women did not have bank accounts in their names. I made a list of around 25-30 women and administered the process to quickly register for bank accounts in the Narmada Jhabua Gramin Bank branch in Pipri. They never needed bank accounts until this work happened”. Some of the women who did not have bank accounts were also unable to access the government transfers under other entitlement schemes like the Janani Suraksha Yojna. After a lot of insistence, the women finally agreed to open bank accounts during

this MGNREGA work. “Some did not even have their Aadhaar cards. I arranged for them to go to Bagli to get their Aadhaar cards done”, says Nayansingh. Payments under MGNREGA often get delayed because of this. For instance, if there are a hundred workers in the muster, all payments will be done together. If a few do not have bank accounts, the payment will be delayed for all.

The attendance on our day of the visit was 278 workers. Until the rains began, workers would bring their children to the worksite and they would lie around in makeshift gamchha hammocks nearby. The Health and Nutrition team of SPS worked towards providing first-aid kits at this worksite to ensure the safety of all workers and children. A few children would often be seen involved in the work

which stopped after training and regular monitoring began at the work site from SPS.

Jhinna Bai, a member of Kala Pragati Samuh of the SPS SHG Programme for the past three years and her husband Balo Bhargav, has been working under MGNREGA this year. They otherwise migrate to Malwa to harvest crops. With the onset of the lockdown, they stopped getting work for about three months until MGNREGA work began in Devjhiri. Last winter, they had migrated to Ishwarkhedi, a village in the Malwa region for the harvest of wheat.

Towards the end of March, soon after the announcement of the lockdown, their youngest son fell from a tree in the forest and fractured a leg and an arm. He was rushed to a hospital in Indore. Jhinna Bai and Balo had to sell one of their goats to gather money for treatment. They had to secure permits from the police to be able to travel. She could not borrow money from the SHG

because the meetings had stopped after the lockdown was imposed. They borrowed money from their relatives and neighbours. They have been facing dire financial hardship after their son’s accident. Nayansingh had informed Jhinna Bai and her husband about the ongoing MGNREGA work and they were instantly willing to work here. Their eldest son who married recently also has job cards in his and his wife’s name. Jhinna bai says, “We have been living in Devjhiri for the past 25 years. This is the first time we got work under MGNREGA”.A fifty years old Balo, faintly remembers working on the construction of roads roughly ten years ago but cannot say for certain if it was under MGNREGA. He used to get about Rs. 70 per day and now every worker gets Rs. 190 per day. After the regularisation of the payment, they have received payments for two weeks and have slowly started their repayment procedures as well.

Laadki Bai, another member of Kala Pragati Samuh, had just returned from the MGNREGA worksite when we had a chance to speak with her. She says, “This is the first time I am working under MGNREGA. There was a stop dam in a slightly faraway mohalla that was built about ten years ago but I had not participated in that”. Laadki Bai and her husband have around 4 bighas of land. They have a common borewell which is shared amongst five brothers. They grow maize andlal tuar.They also migrate to the Malwa region for work.“After the lockdown, there was barely any work and we were facing a very tough time. The children had stopped going to school. Daily provisions’ shops in the village were selling supplies at unaffordable rates”, Laadki Bai remarks. She has been going to the MGNREGA worksite for the past three weeks and has received payment for one too.

Both Jhinna Bai and Laadki Bai expressed similar views on MGNREGA. They are both primary caregivers and look after the house when they are not working in the fields. Laadki Bai walked back into her room while telling us “Now that MGNREGA has started in our village, we don’t want to migrate to Malwa anymore. This is closer home- we can look after the home, our farm, our animals, and perform at the worksite too while earning a decent wage for ourselves.”

MGNREGA promises a safer and fairer work culture for women in rural India.

Besides parity in the wages, the water security achieved through MGNREGA has also significantly eased the gendered burden for many women who would earlier fetch water from far-off sources. This is particularly relevant in the case of Devjhiri which is a village often recognised for its acute drinking water crisis. Given the nature of work that happens in the local ecosystem using the local talent, MGNREGA plays a significant role in making communities resilient to the climate crisis. Meaningful occupation in the post-kharif seasons can go a long way in curbing distress migration from the rural areas. This calls for rigorous planning to bolster MGNREGA, through the Gram Panchayat which is the central unit of planning and implementation. 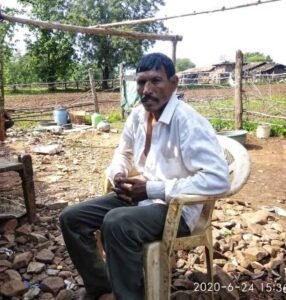 Five Hundred Miles Away from Home: An account of violence, apathy and homelessness braved by a migrant worker