Five Hundred Miles Away from Home: An account of violence, apathy and homelessness braved by a migrant worker

India went into its first phase of lockdown owing to COVID 19 on the 25th March 2020 in a notice period of just four hours. This unprecedented announcement of the lockdown created waves of insecurity and helplessness among many. Of the sections most affected were the itinerant migrant labour, a staggering eight crore of people, who are engaged in informal sector work. Landless men and women from rural areas often migrate to urban and semi-urban areas in search of work and better income opportunities. They are usually hired informally by a contractor and offered a daily wage.

Arjun Bachhaniya is one such migrant worker. He is 48 years old and a resident of Chandupura village in the Bagli block of Dewas district in Madhya Pradesh. However, for the past few years, he has been living at his in-law’s house in the Kharadi village of Kannod block of Dewas district. Arjun lives with his wife and has four children- two sons and two daughters. Being landless, Arjun regularly migrates to Maharashtra during harvest periods to work as a daily wage labourer in people’s farms.

Towards the end of February 2020, Arjun along with five other people from the nearby villages went with a contractor from the Alwar district in Rajasthan for agricultural work. Their journey started in Maharashtra, where they spent about two weeks harvesting lal tuar. Soon after, their contractor accompanied them to Alwar for harvesting wheat. They travelled to Alwar by train, and upon reaching the railway station, they learned about the pandemic that was ravaging the world. All around them were people wearing masks. They followed suit. They were working in Alwar when the lockdown happened, and scores of migrant workers were in the throes of crises- trying to find a way back

home. Their contractor assured them that this situation would ease down soon, and they continued with their work.

Upon finishing their work in Rajasthan, Arjun and his colleagues accompanied by the contractor began their journey towards Haryana. The contractor had information regarding some work in Pali village in the Rewari district of Haryana. They travelled on a tractor and reached Tauru, a town in the Nuh district of Haryana, about a hundred kilometres from Alwar a few nights after the lockdown ensued. About 20-25 people stopped their tractor and assaulted them for having travelled during the lockdown. A local journalist negotiated and somehow obstructed the violence seeking police intervention. All seven of them were taken to the police station and verbally abused and lathi- charged upon for violating the lockdown norms. In our conversation, Arjun very empathetically remarked that the policemen were doing their job, and it was not their fault. He also paused to mention that their contractor who he refers to as “Seth” was a good man and took care of them in these difficult times. After their release, an influential local forced them to work as labourers in his field. They worked for about a week without pay until they could resume their journey towards Pali in Haryana, about 60 kilometres from Tauru. Pali also had violence and abuse of power in store for them. In the entire period until June, Arjun and his colleagues had managed to earn Rs. 5000- not even one-fourth of what they usually did.

Following their stint in Pali, the contractor decided to take them back to his hometown in Alwar. They quarantined at the Seth’s house for two weeks. The contractor, also a poor man had only two rooms in his house. All seven of them spent two weeks occupying one of the two rooms. The Seth took care of their food and provided them with all essentials. Arjun fondly mentions that his Seth, a Muslim man did much more than a man from his community would do during this period of crisis. He repeatedly expressed his gratefulness towards this man.

During this time, the government had announced a couple of ‘Shramik Special Trains’ that were supposed to carry different migrant workers back to their homelands. Arjun and his colleagues immediately registered for one of these trains by paying Rs. 2000 per person from their earnings. However, their registration was invalidated, and despite waiting for a long time, their turn never came. Neither did they get back their money. Rumour had it that students from Kota in Rajasthan were being ferried back in those trains. This was when a sense of betrayal kicked in, and Arjun and his fellow workers decided to walk their way back home.

It took them fifteen days to cover this journey on foot. At a time, when urban India was trending the hashtags #staysafe #stayhome on social media, thousands of migrant workers were walking along the highways across days and nights to reach their homes safely. The experience of Arjun and his colleagues is only one such account of deplorable planning and the complete collapse of the government systems that could have prevented this crisis.

Arjun mentioned how they started walking from the Police Chowki in Alwar to reach home. They met different kinds of people on their way- some good, some violent, some kind and some indifferent. They slept on the dust path away from the roads and bought raw mangoes and lemons to eat. These were being sold on the highways by people who could not access a fair price for their produce during the lockdown. They also received food from people who were distributing food to migrant workers walking on the national highways. Sometimes, they would be fortunate enough to hitch a ride on a food grains truck. But, during these journeys, they would have to lie down on the floor of the truck and hide from people. On a very fortunate day, a kind policeman would give them a ride in a police jeep.

Arjun seldom spoke to his family in Kharadi who were distraught at the plight of their father and husband while struggling through a food crisis at home. The signatory of their ration card is Arjun himself and, in his absence, the PDS shops refused to provide the family with food grains. They were being looked after by their neighbours and relatives who lived nearby.

After thirteen days of the harsh, relentless journey, Arjun reached the Shivpuri district of Madhya Pradesh, in the Gwalior division. They had covered a little less than 500 km so far. In Shivpuri, they met a man who owned a car rental service who agreed to drive them till the Maksi-Tarana bypass of Ujjain in Madhya Pradesh. Arjun and his colleagues pooled in Rs. 1000 each and travelled to Ujjain in the middle of the night. They hid under the seats during this journey to avoid any obstruction or violence. They walked for another 20-25 km towards Dewas along the highway until they met a man driving a tractor full of wheat to the Dewas Mandi. He kindly agreed to drive them to Dewas from where their families received them and took them home on motorbikes.

Arjun was tested by a doctor from the Kannod Public Health Centre and quarantined in his brother-in-law’s house for two weeks before he could reunite with his family. He often speaks to his Seth over the phone and does not bat an eyelid before saying that he would go back for work again next year. Staying at home is a luxury that the asset less poor can ill afford. He has recently resumed working as an agricultural labourer in nearby farms.

Arjun Bachhania has gone back to leading his old life but, his experience and this account stand as one of the many examples of apathy meted out to informal sector and migrant workers in our country. It took a nationwide lockdown during a pandemic to begin talking about the plight of the informal sector workers in our country. It is an alarming moment for the Indian government to start addressing this great human tragedy, allocate resources and make public investments in generating rural employment to make a dent at reducing the vulnerability of people in distress. 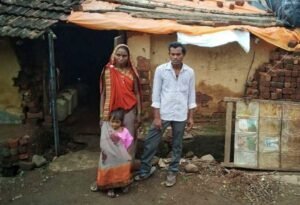 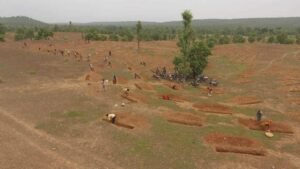 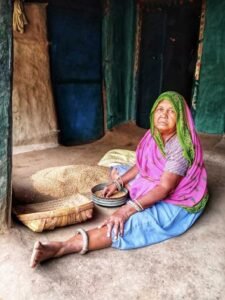